Can Citizens Use Phage Viruses to Improve Their Health and The Environment? 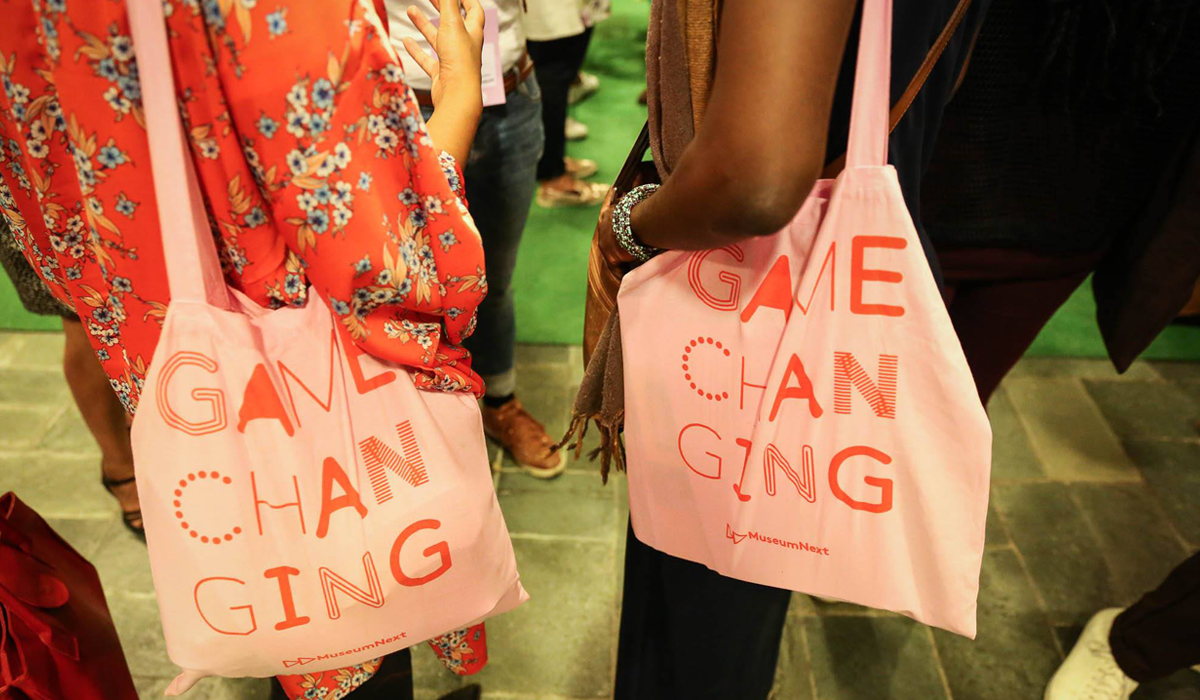 I recently got back from MuseumNext Europe, the conference that took place in Rotterdam between the 26 and 28 of June and that brought together more than 500 museum professionals from more than 40 countries.

This year the conference theme was “Museum Game Changers”, a celebration of those people, ideas and technologies that are changing the landscape of the museum sector”. I was there as a speaker to present my ideas on how to implement DIY bio culture in science centers and museums.

But before and after my presentation a lot of exciting and interesting things happened. It all started with the reception at the Museum of Taxes and Borders (Duane & Belasting Museum Rotterdam). I know it sounds boring, but the museum is really worth visiting. It brings many stories with diverse tools and formats and it is appealing to all ages.

There I met the Duane Police who was giving a demonstration on the use of dogs for drug detection. After an interesting conversation on his work tactics and the use of new technologies in his field, I mentioned: “It could be that you and your dog run out of work in less than 15 years”. How is that? He asked surprised. I explained how scientists have created genetically modified yeast to produce opiates and that sooner or later these will be brewed at home.

According to my good friend Javier Sagredo, most victims of the illegal drug business are not the end users at the destination markets, but marginalized people who live in areas of production and at trafficking routes. What is going to happen when producing existing and new drugs at home using genetically modified organisms is as simple as brewing beer? Will this end most of the farming and international trafficking? I left the question open to debate and the kind border policeman intrigued.

I have lived for many years in The Netherlands. I have always been a fan of Amsterdam and Maastricht, the town that adopted me. However, going to this conference made me fall for Rotterdam, a beautifully diverse city with a fantastic cultural offer and a great vibe.

I took the opportunity to learn more about the transformations planned to make Rotterdam an international culture hub attending the workshop with the International Advisory Board of Experts (IABx) to the city of Rotterdam directed by J.P Balkenende, former prime minister of the Netherlands and director of the board.

The city of Rotterdam doesn´t have a world-renowned institution like Amsterdam does with the Rijksmuseum, therefore it has to create alternative routes to become an internationally recognized cultural hub.  Working with citizens and stakeholders, uniting forces through collaboration and having all stakeholders contribute is already bringing major changes to Rotterdam. The city does not want to be second to Amsterdam, but an addition to the cultural offer in The Netherlands, and following the steps of Berlin, is finding ways to provide creative citizens and institutions with the tools and the means to raise this city as an alternative culture hub.

Back at the conference, it is hard to extract specific workshops or presentations from the wide offer. The quality was really high, but there are a few that pop up to my mind. The keynote presentation “Curating Bits Rather Than Atoms” by Honor Harger, the director of the Singapore Art Science Museum, was mind-blowing, they are using latest technologies, such as VR and AR, in very innovative ways.

Among other amazing exhibits and experiences, they have created in collaboration with the WWF, Google and Lenovo “Into the Wild” a virtual reality Sumatran rainforest experience with the objective of creating empathy and meaningful connections between citizens and the environment. Their more recent combined physical and digital experience exhibition “Future World”, in collaboration with the art collective "team Lab" has been a great success. These mixed realities have increased the impact on visitors and increased visitor numbers 85%.

The presentation by Adam Lerner “How Not to Die of Excellence” was also one of my favorites. First of all for not taking himself too seriously and for bringing humor and extravagance to the conference and to the program of the Museum of Contemporary Art Denver that he successfully leads. According to Adam, museums should focus more on being awesome, because awesomeness, unlike excellence, is more palpable, more of an emotion, and makes visitors feel more alive. Similar to when as a child you leave the movie theater fighting like a Jedi after a Star Wars movie, with the force in you, a museum should also make you want to do something exciting after you leave.

On day two I took part the workshop on Touring Exhibitions lead by AnneMarie De Wildt, Curator at Amsterdam Museum. All participants had to suggest exhibition topics: migration, beer, made in China, and other good topics were thrown into the basket. I suggested the topic of Collaboration, both from the Natural History and the social-psychological-economical perspective. This topic was selected to be further developed by Stefanie van Gemert from Trans Lab in Amsterdam; Myriam Springuel, Director of Smithsonian Traveling Exhibition Service; Alison Moloney, curator at London College of Fashion; Charlotte Wood, Senior Marketing Manager at Art Fund and myself.

The diverse backgrounds, roles and institutions of my colleagues brought new perspectives to a topic that I have been brainstorming about for some time. Our work was so productive that we all felt we had something really good in our hands, something that we should follow up and try to develop further. I plan to write a full article about this exhibition proposal soon and to follow up with this project.

I would like to name the work of other speakers that I find are relevant game changers with activities related to mine:

Finally, the time for my presentation arrived. It is not easy to convince museum leaders that the future of museums is radically different and that citizens will take over many of their actual roles, but I am satisfied since the feedback after my talk was quite positive. Museums have been for too long the tools of those with power; merchants and businessmen, kingdoms and empires, economic and intellectual elites. The time has arrived for museums to be increasingly run by and for the people with objectives that support those of the United Nations 2030 sustainable development goals.

I truly believe that the role of citizens in museums will increase significantly in the future. Museums will become places for social interaction and for citizen-driven research, innovation, and cultural production. The maker movement culture and the DIY bio model can help museums move in that direction. If you want to know more, please check out the article about my presentation here 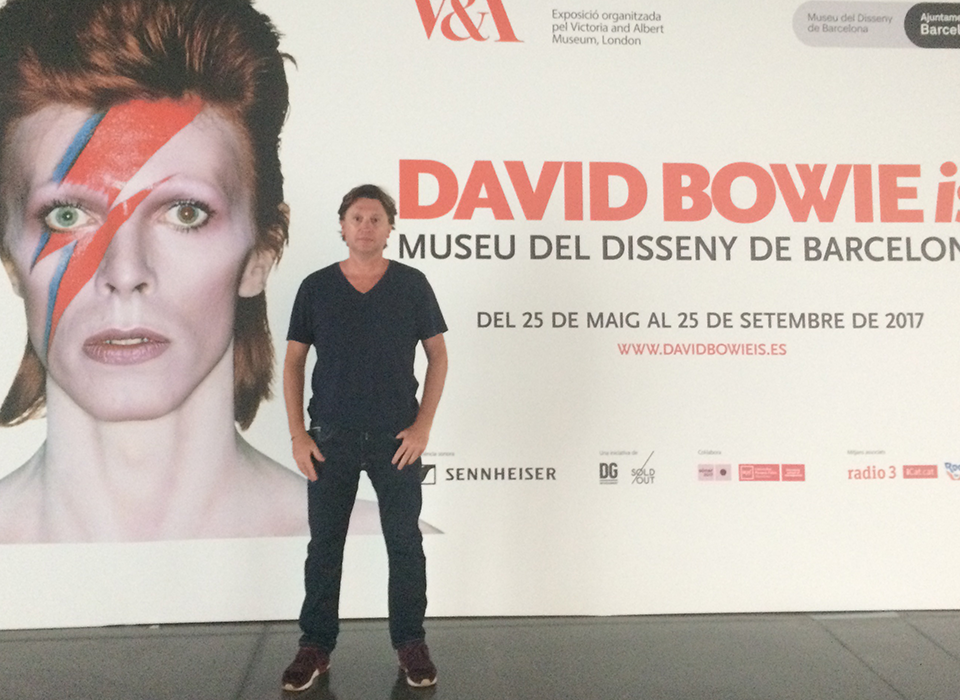 “David Bowie Is” at the Barcelona Design Museum

We use cookies to ensure that we give you the best experience on our website. If you continue to use this site we will assume that you are happy with it.Ok